Congratulations to 6th Class and their teacher Mr. Donnellan who were recently awarded The Blue Star certificate and EU flag. This was the culmination of a very successful year’s project work based on the Blue Star programme. The aim of this programme is to foster better knowledge and understanding of the European Union and how it affects our lives among Irish primary pupils, through classroom projects and activities.  We were delighted to welcome Maireád McGuinness MEP and Vice President of the European Parliament, to our school on Tuesday 23rd May to raise our Blue Flag.

All classes lined up to welcome Máiread as she was escorted into the school by Banna Cheoil Scoil Aodain. 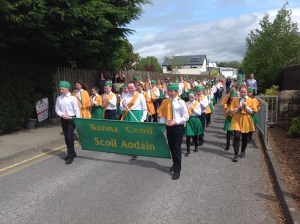 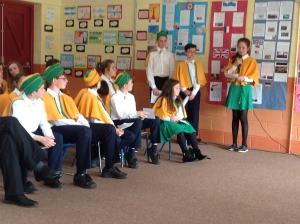 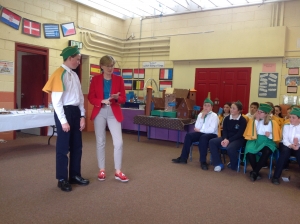 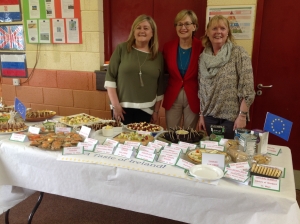 Finally the whole school assembled outside and the school band played as Maireád McGuinness raised our Blue Star flag.