Here is a sample of activities that we were involved in: 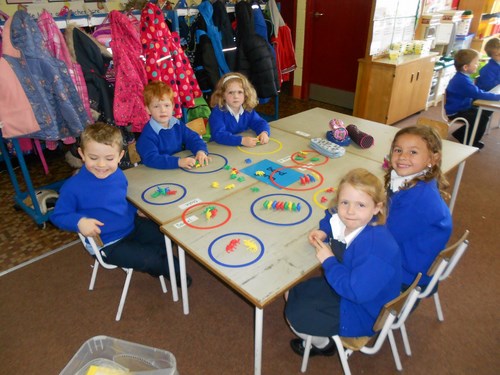 Junior Infant play activities for the week were based on Maths. 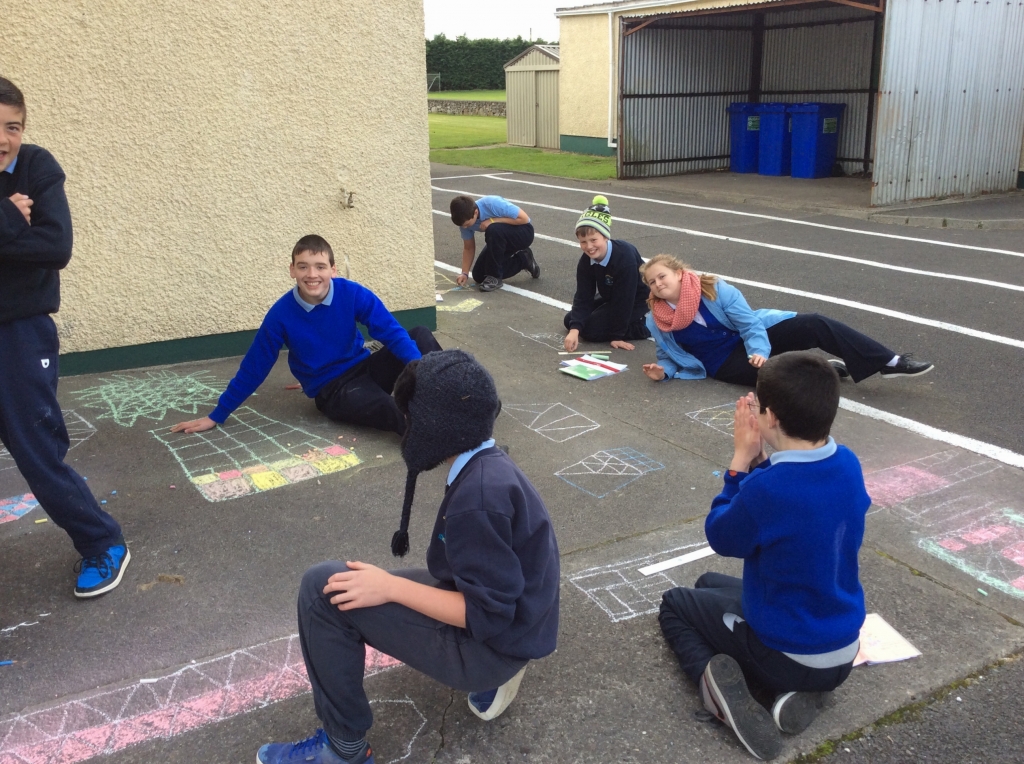 They also used computers to display results of class surveys in a variety of ways. 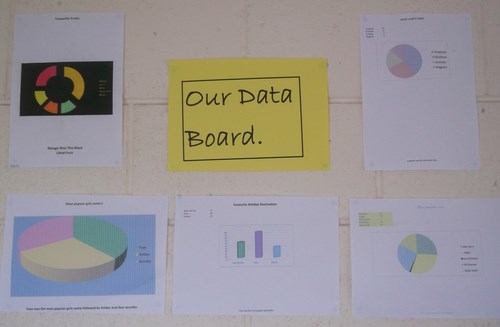 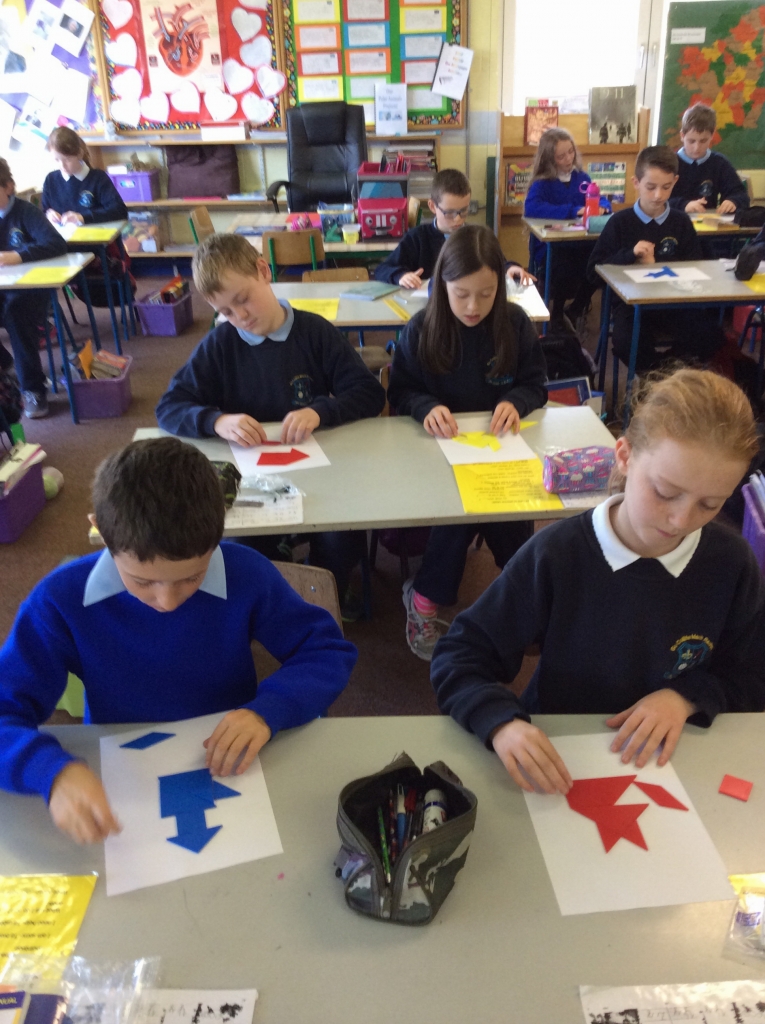 Fifth Class  learned about tangrams and produced Tangram Art. They took part in a challenge to find who was fastest at reassembling a tangram.

On Wednesday 15th Oct we held a Puzzle Day. 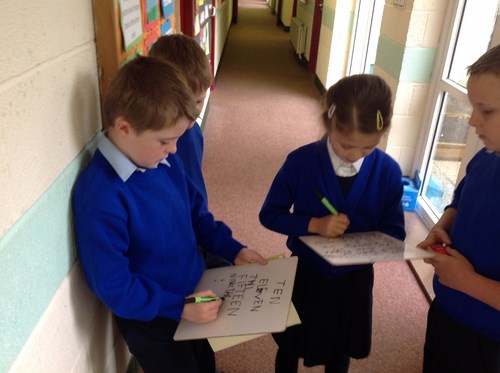 Classes from 1st to 6th followed a puzzle trail and tried to solve as many puzzles as they could. 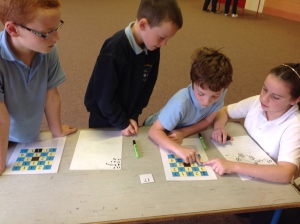 The verdict afterwards was “…that it was hard but fun!” 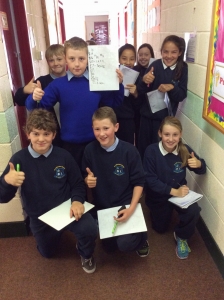 First Class did a Number Hunt  throughout the school and illustrated their findings on a display board . 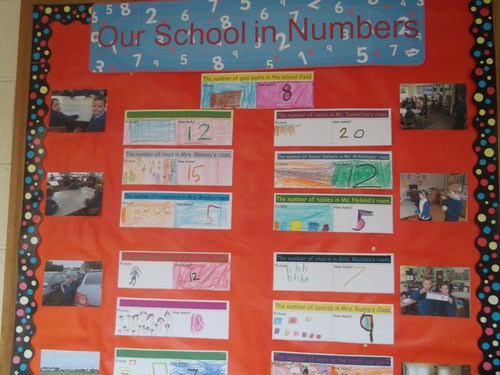 They learned about the famous Russian painter Wassily Kandinsky. 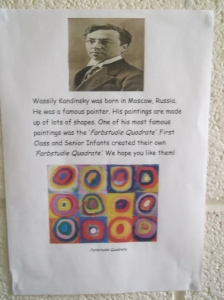 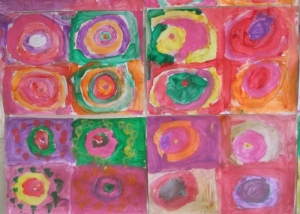 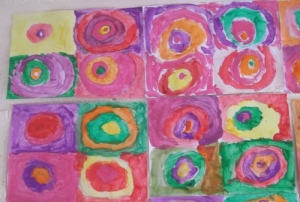 They made their own paintings based on his famous work-Farbstudie Quadrate.

They also explored 2-d shapes during the week  and made Shape Pictures. 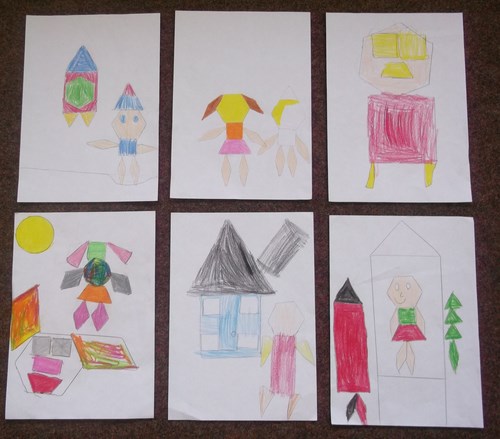 Third Class learned about lines and angles as they discovered the work of artist Pier Mondrian. 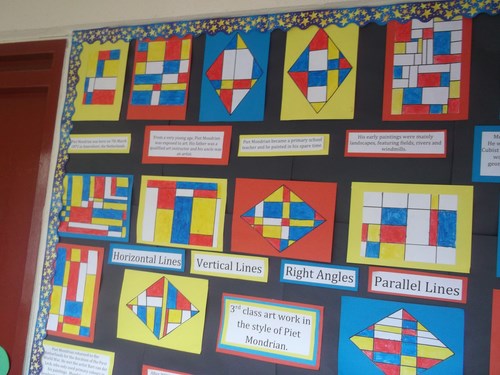 They made their own display on Lines and Angles based on the artist’s work. 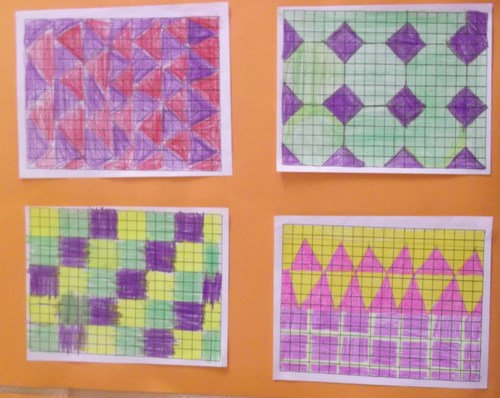 They also plotted cardinal points of the compass in the school yard with chalk. 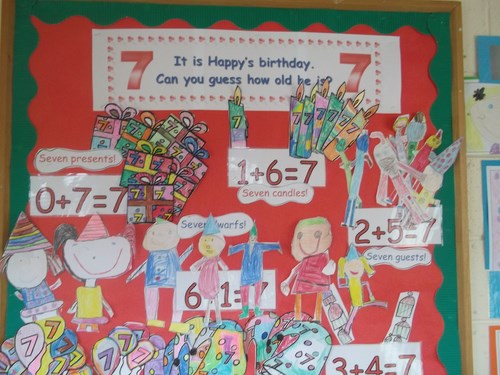 Senior Infants based their maths discussion on the story of Snow White and the Seven Dwarfs. Can you guess what age Happy is !

Overall it was an enjoyable week. We feel we achieved our objective -to make Maths fun!!