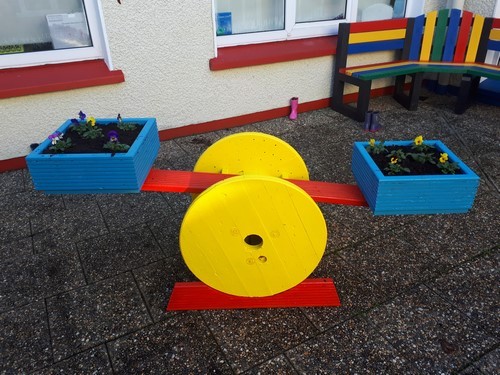 St. Aidan’s acknowledges the wonderful work carried out by Seamus Swift and colleagues at the Men’s Shed, Kiltimagh. The 5 planters which were delivered during November are a fantastic addition to the Courtyard Sensory Garden currently being developed at the school. 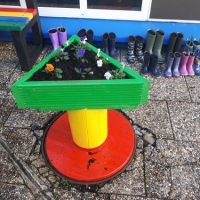 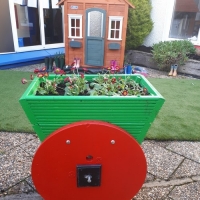 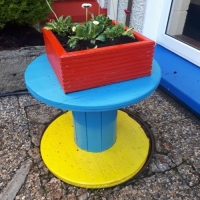 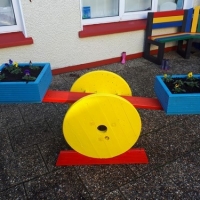 They were planted up immediately and have been greatly admired and commented on since their arrival. 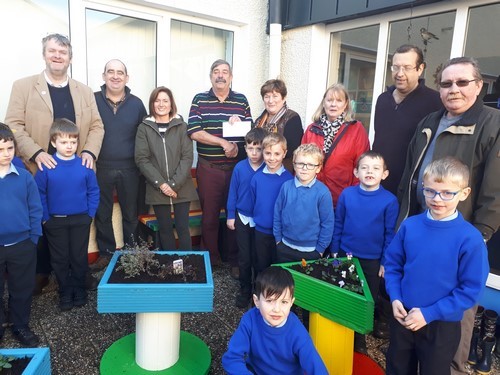 In thanking the members of the Men’s Shed when they visited the school, Mrs Cunnane, Principal said

‘On behalf of all of us in St. Aidan’s our sincere thanks to everyone who was a part of this project. We appreciate the time and effort you spent at the different stages of making and painting the planters.  The lovely bright colours are very much in keeping with the use of primary colours in Primary schools’.

Anne wished the Men’s Shed continued success with future projects in the community and looked forward to the extra pieces promised to the school later in the year. Mrs Cunnane made a donation to Seamus Swift of the Men’s Shed
towards the costs incurred for materials. Included in the picture also are pupils from 1 st Class as well as Mattie O’Connor, SNA and Orla Freeman who very kindly contributed to the Sensory Garden Project on behalf of Shane and herself.
Thanks everyone!