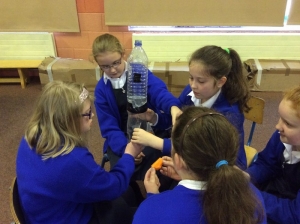 Fifth and sixth class pupils worked in teams and made their own rockets. 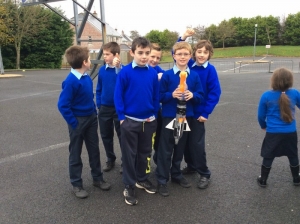 They then tested their rockets outside to see which one went the highest. 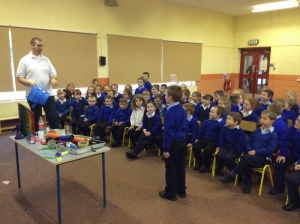 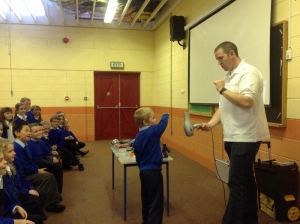 Here we see a ping pong ball being kept in the air with a hairdryer.

( It works the same way as an airplane staying in the air!) 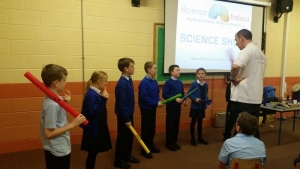 Third and fourth Classes did some experiments based on sound. It was great fun !

On Thursday, Kiltimagh Pet Farm brought some animals to our school. This visit was organised by Bank of Ireland as part  of Enterprise Week. The children really enjoyed holding and learning  about the different animals! 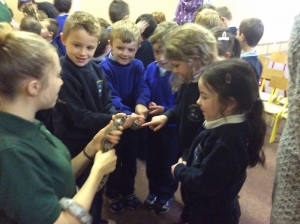 On Friday, Third Class hosted a Science demonstration in the school hall for the Junior Classes. 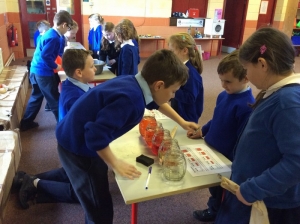 All pupils were given a chance to work on experiments. They even invited parents to try some!