By Della MackenOctober 13, 2019No Comments

Congratulations to all the Sixth Class pupils who graduated from St. Aidan’s N.S. this June.

A special graduation mass was held in the school hall on Thursday 20th June 2019. The mass was celebrated by Fr  Michael Quinn  and was attended by all the Sixth class pupils, their parents, grandparents, friends , members of the school staff. 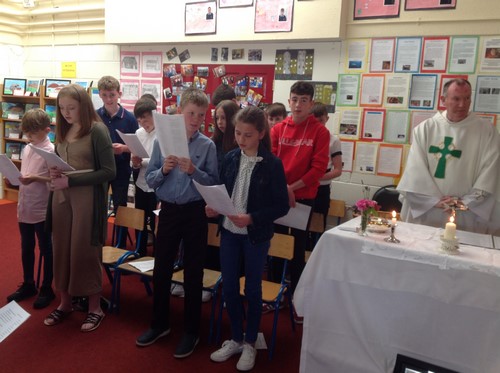 After mass Mrs Cunnane commended the 6th Class on  how they had embraced all school events with interest, enthusiasm and a willingness to do their best. She spoke about the many events they had taken part in over the past year -the highlight being winning Cumann na mBunscol Final in McHale Park, Castlebar two weeks previously 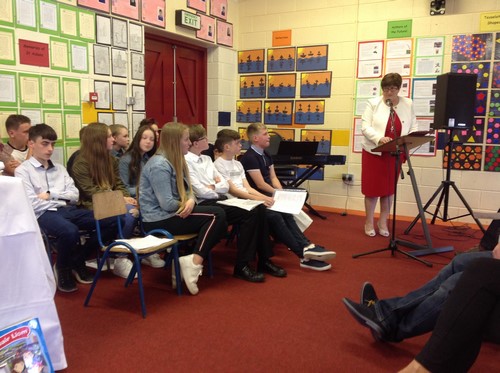 She thanked The Board of Management, The Parents’ Association and all the staff for all their  work and commitment to the school over the year. She  also thanked Deirdre Lee who provided the music for the mass.

Refreshments were provided afterwards by The Parents’ Association.

Sixth Class -We wish you well as you  begin Secondary School.