Pupils from the Senior Classes and their teachers attended the funeral mass for Sister Kathleen Foley who died suddenly on Friday 15th January 2016. Sr Kathleen was the last Saint Louis nun to work in our school. She retired in 1999, having worked here since the school opened in 1988. She was  previously a member of staff in St. Aidan’s Girls National School which amalgamated with the Boys National School to form our present school-St Aidan’s.

At the begining of mass a 6th Class pupils presented one of the gifts, Holy water, a symbol of Sr. Kathleen’s faith . The school choir, under the direction of Miss Lee sang a hymn after communion.

Fifth and Sixth Class pupils, along with former colleagues of Sr. Kathleen (retired teachers and present day staff) formed a guard of honour as the funeral procession left the church. 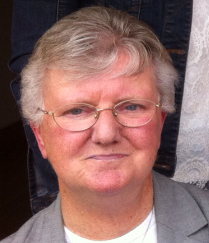